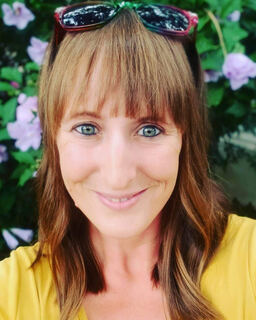 Elizabeth was compelled to start cycling to escape volunteering as support for the BPMS150 - but she never regretted that move! After cycling century rides for nearly a decade, she needed a new challenge so started tri'ing. As of Spring 2020, she's completed a handful of sprint-distance tri's but looks forward to going longer and faster! As a grad of the NTP class of 2019, she looks forward to continuing to build her skills while supporting others. When she isn't biking, swimming, or running she is playing with her three dogs, attempting to supervise her teen daughters, or working to end food insecurity through her work as a social worker with the food banks of Texas.  Instagram: @whippetsogood 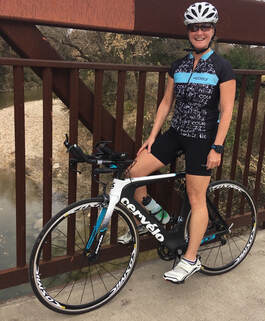 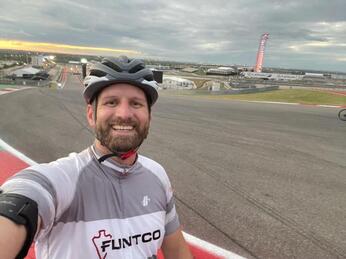 Brian Kirby “Kirby” was born in Ohio and during his time on the Cuyahoga Falls High School cross country team, he fell in love with running. As an adult he has moved several times for work, but through all the moving, running and his family have been his constants. Kirby has completed numerous 5 and 10Ks, seven marathons, one 70.3 and is currently in training to compete in the Ironman-a dream of his for as long as anyone can remember.
​
Though born in the north, Kirby has become soft thanks to the Texas heat and is likely to look more like Ralphie from A Christmas Story than most when the temps drop below freezing. He loves the sense of community the Austin Triathlon Club brings and looks forward to paying it forward as an ambassador. So, strap on your sneakers and come join the group for a run; Kirby will bring the tunes.